I gave game jams another try by participating in Ludum Dare 44, in which the theme of the jam was Your Life is Currency. Ludum Dare is a game jam that occurs every six months, with a theme voted on by its participants. This time, I teamed up again with Yibo (developer/artist), as well as two other colleagues from Tilting Point, Santiago Castañeda Muñoz (developer), and Lei Qian (designer).

Instead of the Godot engine, we decided to use Unity, in which the team (except for me) was very familiar. I had used Unity only a few times for testing game backend implementations, but never for building one of my own games. Again, I made the same mistake of not getting familiar with the engine and tooling beforehand. However, I was able to make some contributions to the player and enemy controllers, a domain I was familiar with from my work on the Global Game Jam project. 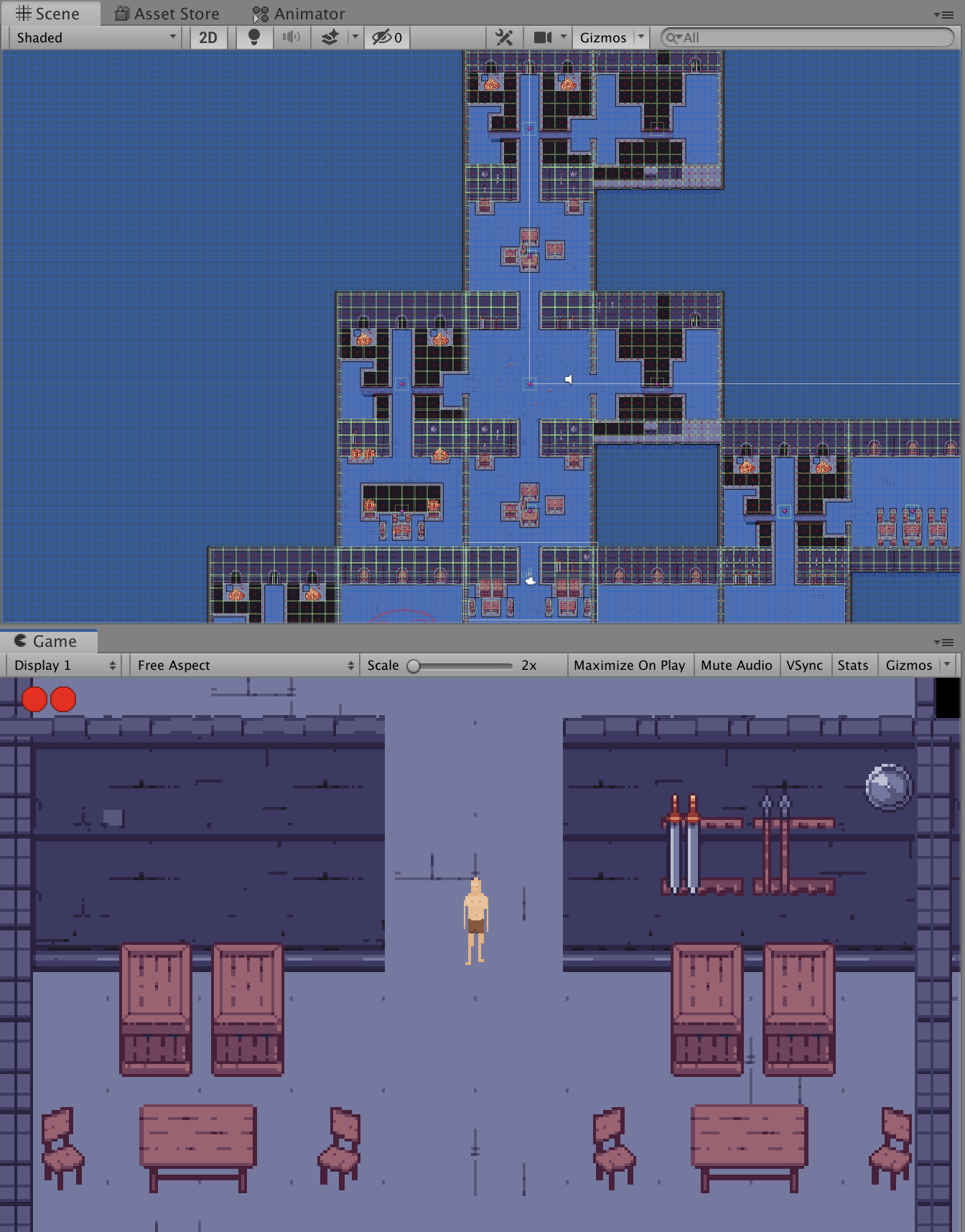 The game was not completed during the jam, but we ended up with a randomly generated dungeon crawler prototype, shown above. The concept was to race through the dungeons, killing enemies to get more time (life). If you ran out of time, Game Over.

Unfortunately we also ran out of time.

The prototype was fun to play though. The randomly generated dungeons were built by Santiago and Lei. Yibo created the character model and animations using Aseprite, and also implemented an A* search algorithm for enemies to chase the player. I built out the player and enemy controllers.

I’m planning on getting more familiar with the engine before the next one.